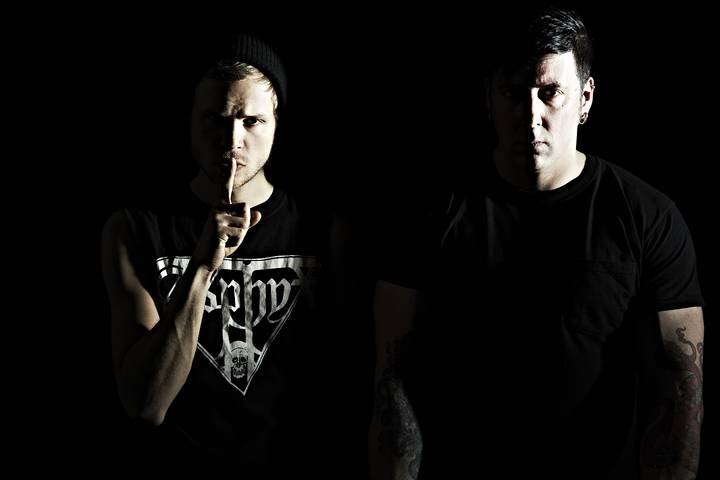 Not so long ago we stumbled across the debut album «Death By Burning» by the German band Mantar. While playing it non-stop, we reached for the band’s guitarist/singer and asked him about the meaning behind Mantar, technical secrets, Pitchfork and disgusting things.

[Disgusting Men] Hi there! What are you doing right now?
[Hanno] Sitting at work. Being hungover as fuck as I was drinking like a motherfucker until 7:30 in the morning. So I had no sleep.

Great start. Tell us a couple of words about Mantar. Why do you decided to form a band?

Mantar is based in Hamburg, Germany. Even though we both have been born in Bremen. 60 miles away from Hamburg. Cool city, been kind of famous in the mid 90s for the so called “Bremen-core” a la SYSTRAL, ACME or MÖRSER. Hails to these guys. It´s dark, cold and rainy most of the time. Perfect weather for some hyper aggressive tunes. It´s in the nature of things we don´t play skate-punk. We played music more our less our whole life. We started very early making our own music, playing in bands, doin´ shows. We know each other for a long time but just made it last year to finally get together as a band, even though we always wanted to do so. Something in us seemed to have been waiting for us to get together. There was a strong urge to create music together. That´s why it came all that fast and so powerful, I guess. We never talked about the music. We just did it. We started the band 1,5 years ago, rehearsed and practiced, got a bunch of songs together and quickly recorded them in a friends studio – in truly DIY-manner. Today we are mainly surprised to be already asked to play Roadburn festival and tour a lot across Europe. We are beyond stoked to play shows like that after playing our first show only 8 month ago!

Ok, so that does «Mantar» mean? Looks like «mantra» but misspelled.

Yeah, that´s true. That´s quite cool as everybody seems to be familiar with this word even though they ain´t. the mantar drummer is Turkish and it´s a Turkish word for mushroom, fungus, whatever. Basically it just sounds cool and is a very powerful name for a band with the same characteristics.

It was kinda hard for me to determine your genre when I was writing the «Death by Burning» review. How do you describe it? Or you’re against any labels and genres limits?

We don’t like labels or limitations of any kind. We both actually don´t have a certain „scene“ background. That might be the reason why we get so much positive feedback and reactions to our music as we don´t feel any need to satisfy a certain music scene or whatever. I do have a clear DIY punk background, but that´s more important how we handle things and not how we sound. We both like heavy music, as a matter of fact. Everything we do is based on a groove. That´s quite important for a two piece as we don’t have much “weapons” to ceate a good song. But this limitations is a gift. You have to concentrate on your strength. And that, for Mantar, is pure rage. Heaviness. We try not to name any bands, as names are worth nothing. But yeah, we like a lot of different music. But we actually never talked about what we would like to sound like. It just happened. We do not have any major influences or idols or stuff like that, we just get together and play music. And the sound of Mantar is the result. I really started early listening to thrash metal, that brought me to punk. It kinda has the same vibe. As a matter of fact, black metal has a strong impact on the mantar sound as well. We are not too familiar with modern lables as “sludge” or whatever.

There are A LOT of new rock/metal bands right now, the supply is much higher than the demand. Is it more difficult for new bands to reach for the listeners, despite internet, free music and all that?

I still think if you really rule people will recognize. Actually I got a lot easier to reach more people, but the problem is that people got a lot more spoiled due to all their possibilities to reach out for new music. People got fucking lazy. It has become harder to impress people.

When I asked you about an interview, you said you’re gonna do it from work. What do you do? Any luck combining touring/recording and work?

Actually I am a heavy metal promoter, haha. Seriously! I take care of print and online promotion. We both work as freelancers so we are able to tour and stuff. The band is the main priority right now. Erinc, the drummer is a bouncer. He kicks peoples’ ass for cash.

You debut LP «Death by Burning» received a positive review from Pitchfork, who are known for their harsh criticism and low scores, especially for rock/metal bands. Did it somehow affect the band’s reception in general? Grow of fan base, booking offers etc?

No. It´s just one review among others. It´s good, without a doubt and I think it´s cool to get some attention outside of the metal word as we are not a straight heavy metal band but I would not overrate this. In general we are just happy that we receive so much good feedback for our music. We take it as a gift. The demand on Mantar is pretty high right now anyways. We get a lot of booking requests and sell merch on a daily basis. This is very very cool and we don’t take that as granted. Thanks!

And what about the review itself? Were there any phrases when you went «What the fuck? That’s not what we’re trying to say and do!»?

No. I honestly did not took too much attention to this certain review. Why should I?

Fair enough. There’s only two of us in the band, but the records sounds surprisingly thick and heavy. How do you managed to get that sound? You can trow a couple of technical secrets as well!

Of course we sound thick and heavy…cause we are using equipment for at least 5 people combined with a good amount of musical violence. I use three amps at the same time with Marshall and Ampeq cabinets and some special FX Pedals to get that low end. octavers and stuff. I use bass amplifiers too. All the classic, old Orange heads and two Petersburg heads which I use for more or less anything. Great JCM 800 copies from Russia from the early 90s. I LOVE them. It was a german company that had them manufactured in Russia. I´ve got three of ´em. Erinc is hitting the drums as hard as possible, that´s quite important, too. He really is an insanely loud drummer. Every second club asks us to put duct tape or shit like that on the cymbals. But we deny to do so and decided only to play shows where we can put the sound on stage that we deliver on the record. That’s it!

Any thought about getting a bass player? Or there’s a plenty of room for you to grow musically as a duo?

Not at all. Why should we? if you know your gear/equipment you can create a hell lot of bass. Furthermore we don´t want to be other people part of this band right now. It may weaken the energy of the connection of us two. Well, due to our certain and specific equipment setup we are able to raise some hell, and put some volume up like a 5 piece band. We know our gear. But in general, i think beeing just a two piece is a big advantage. As we are just two people we have to make sure, that the riffs or the melodies we use are pretty intense as we can only focus on one thing at a time. But I think that´s a huge advantage due to the fact that is exactly what people remember a certain song for. A certain melody, a certain riffing or just a special drum beat. We are able to focus on one really strong ingredient at a time and skip all the rest and unneccessary gimmicks. We usually don´t do any overdubs and no guitar solos. That´s why the recording process is pretty easy and basic. Therecord is basically what the band stands for. Raw display of power. What you hear is what you get. No tricks, no image. Pure rage. We have to play super heavy to keep up with 4 or 5 piece bands. And that´s what we do. 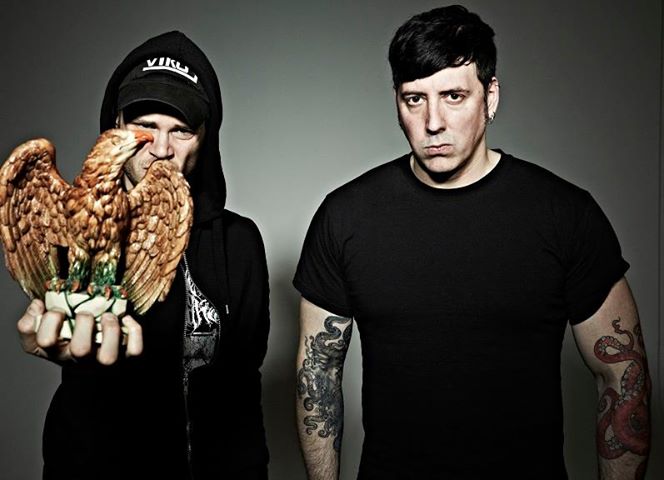 Have you ever been in Russia?

Unfortunately not. But we really really would love to tour there. If you have any connections, please hook us up!

Do you play video games?

We’re asking this every guest. As long as we’re Disgusting Men website, we gotta know about disgusting things. For instance, in your opinion, what is the most disgusting city?

Any kind of gothic bullshit

No sense of humor. But that goes for any gender.

What will you say if I offer you to do an exclusive new single premiere here on Disgustingmen.com?

I´d say: cool. Unfortunately we don´t have any new single.

Bummer! OK, the last one. Do a selfie. Right now. Sorry!

No problem. I am still drink. Looking like shit. 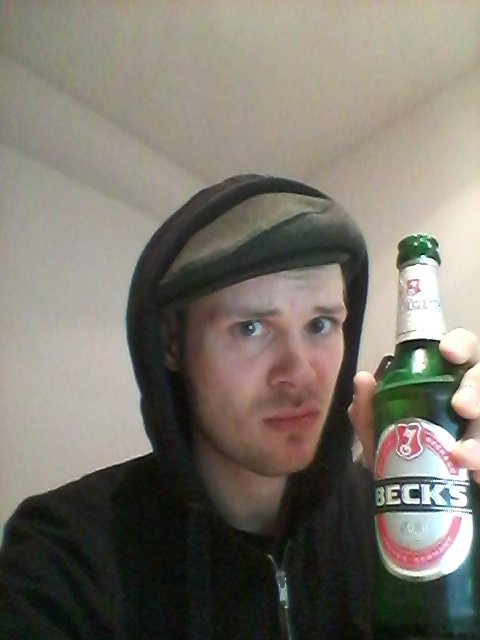 Thanks for your interest in Mantar! Hope to see you in Russia soon!
-Hanno

«Death By Burning» by Mantar available now on iTunes 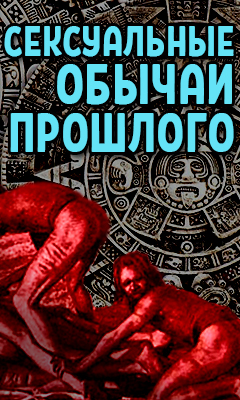